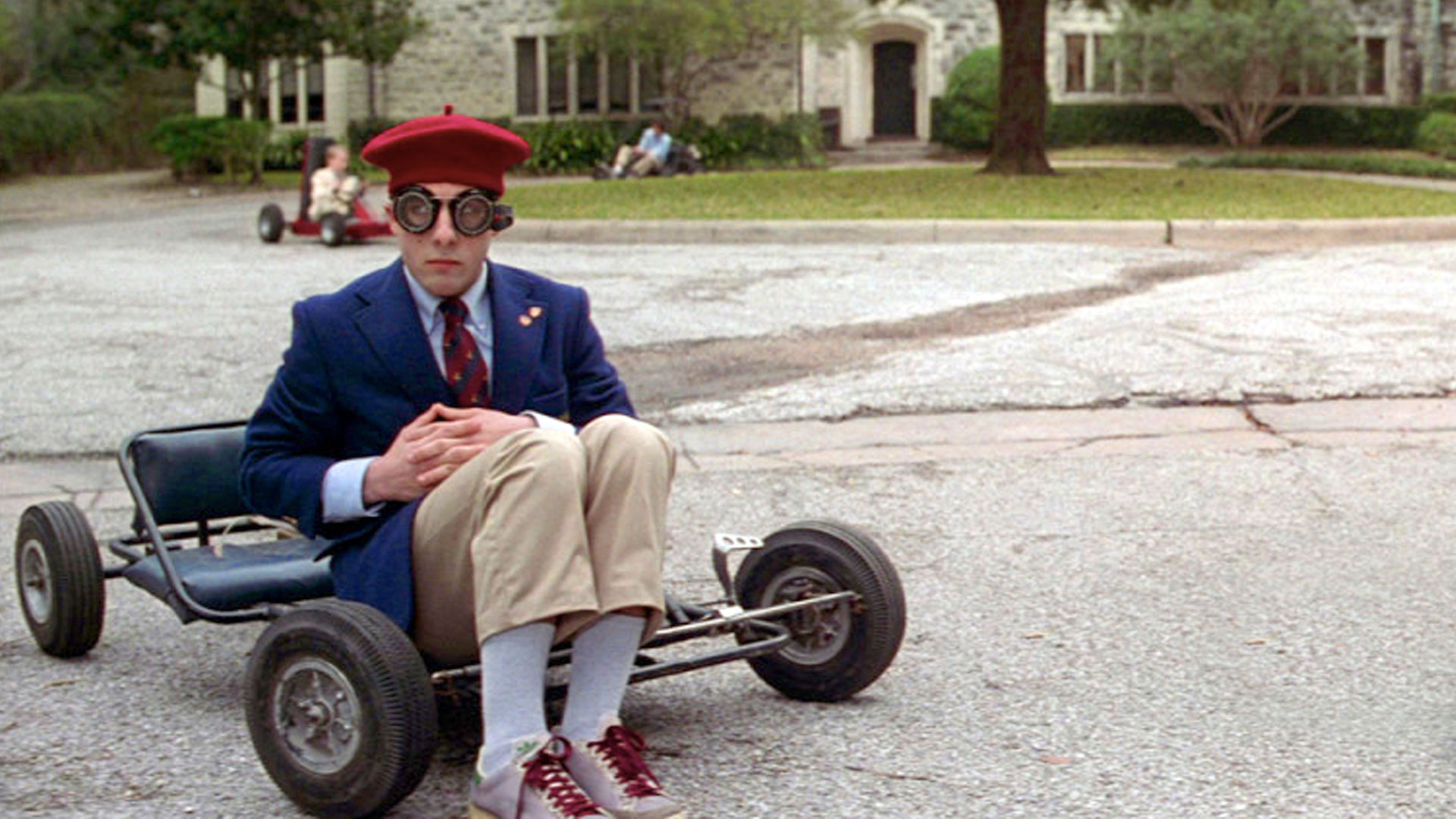 There’s a certain insight which comes from being of the generation whose feet are flirtatiously planted in both the modern, online world and the one that came before.

I get technology. My home is on the Internet, I haven’t read a paper book in years, am social-media-saturated to the teeth, and definitely the first to complain about getting crampy every time I’m asked to clutch an old-school pen for longer than a signature. Like so many of my thirtysomething age, despite having watched life and technology transform so drastically over our lifetimes, it’s become almost impossible to remember much of what things were like before. Like, as teenagers, how on earth did we ever get by without mobile communication, Instagram, and an unlimited supply of porn? It’s been a brave new world, one we stepped boldly into it without hesitation.

Every now and then, a remnant of that returns. A random memory of childhood. An old music video. Finding a random box of personal crap in a forgotten corner of that battered box full of our personal possessions. It’s those times that it all comes back, bringing with it a sudden sense of loss. I’m not talking about stock-standard nostalgia either. For me it’s specifically that other thing: remembering what living analogue was like, and missing — albeit briefly — what getting my hands dirty feels like.

I’m not knocking progress — all power to it. But in an age where there’s an easy online template for everything, where your interests, life and hobbies are all tagged and broadcasted, where it’s so easy to manufacture your own miniature Warholian fifteen minutes in the virtual, viral limelight, there’s something to be said for still knowing how to move people (not pixels), work with your hands, getting out there in the sweaty old world, and doing stuff.

Perhaps that’s what has always drawn me to Wes Anderson’s 1998 film, Rushmore.

All technical, creative, and filmmaking differences you may have with this aside, it’s the central character of Max Fischer (artfully portrayed by Jason Schwartzman) which has always summed up that part of me that doesn’t want to be stuck at a desk all day.

Max Fischer is a doer.

Trapped in the body of a spotty 15-year-old loser is a man of rather extreme passions, who, despite living in the greyest urban drab, manages to punch well above his weight and do things, not just dream and talk.

During the course of the film, his plan to successfully woo a young pretty teacher, Miss Cross (played by the lovely Olivia Williams) is ultimately doomed to fail. However it’s the way he goes about his day-to-day which appeals to the doer to me, even at a first viewing instantly rocketing the film to my ‘All-time Top Five’.

We see Max direct epic plays, occasionally involving on-stage dynamite and full-size replica helicopters being flown in. Though academically an extreme underachiever, Max chases, instigates and runs practically every extra-curricular activity or hobby he can think of (everything from Go-Karting, Fencing, Kite-flying, and a Mock UN Club). When he notices his beloved teacher, Miss Cross, has a fondness for tropical fish, he sets about finding funding from a local businessman (Bill Murray) to establish a multi-million-dollar aquarium, complete with architects, contractors a fanfared ground-turning ceremony on his school’s baseball pitch (without permission).

Even once things get nasty — Bill Murray’s character naturally swooping in on Miss Cross — Max still manages to carry out his rather inventive maliciousness with style. The sequence of the film where both characters go head to head trying to destroy one another is still my favourite, bringing everything from falling trees, cut brake cables and large-scale character assassination into the mix. (I can still recall choking on my popcorn the first time I saw Max emerge, slow-motion from a hotel elevator, framed like a guilty assassin, an empty Beekeeping box in his hand, having just delivered his weapon of buzzing destruction.)

The entire Rushmore universe is devoid of computers or anything online. Instead, it’s one filled with delicious physical props, battered typewriters and plenty of explosives. Anderson’s mix of charactured, melodramatic characters with comforting, ordinary ones only serves to make you want to be part of Max’s enthusiastic world all the more.

For my money, the modern world needs more Max Fischers.

Something of a doer myself, I’ve noted that in recent years I run into less and less of my proactive kin; people as passionate about their personal projects as they are about their jobs, social media profiles, or their favourite television shows. Worse, how few have anything resembling ‘personal projects’ in their life these days at all.

It’s so easy to enjoy the wonders of instant community and online content consumption that people are forgetting how to create, explore and innovate in the real world. I love that there are a whole lot of new techs that have sprung up that bridge the divide — the Makers, 3d printing, robotics — but those are hardly shaking loose any more than the types of boffins who would have been doing regardless of what era they were born in.

The excuses are always the same. Too busy. Too tired. “…[Something-something-something], but I really want to next month”. That’s not to say people don’t have dreams anymore, or good intentions. Many do, but so often, those dreams get over-run before they go anywhere, either through their priority not being high enough to matter, or by folks being just too tired to get inspired.

And hey, I get that too. The difference is, I’ve always got Max nagging me in the back of my head. Once every year or so, whenever I’m feeling flat, I dust off my old copy of Rushmore, and try to let his drive infect me. Max is the perfect tonic for feeling uninspired and digitally drained. Sure, we’re not always going to win at everything, but getting out there, getting sweaty, rolling with the punches, and never taking no for an answer when it comes to realising our dreams. That maybe, if you’re going to get stressed out and busy and caught up in something, why not let that be pursuing what you love? And while you’re at the dream-catching, how’s about bringing as many people along with you for the ride while you’re out there punching above your weight?

Rushmore is far from a perfect film for many. Most I mention it to wouldn’t consider it Anderson’s best, given how strong the rest of his directorial history has played out since 1998. But for me, it’ll always win out over all the rest, purely for being a film that continually, year after year, gets me up off my butt and away from the screen. Whether or not whatever mad scheme comes from it is just as doomed to fail as Max’s sometimes were, there’s never a good excuse not to try something once simply because there isn’t a default box for it on your Facebook profile?