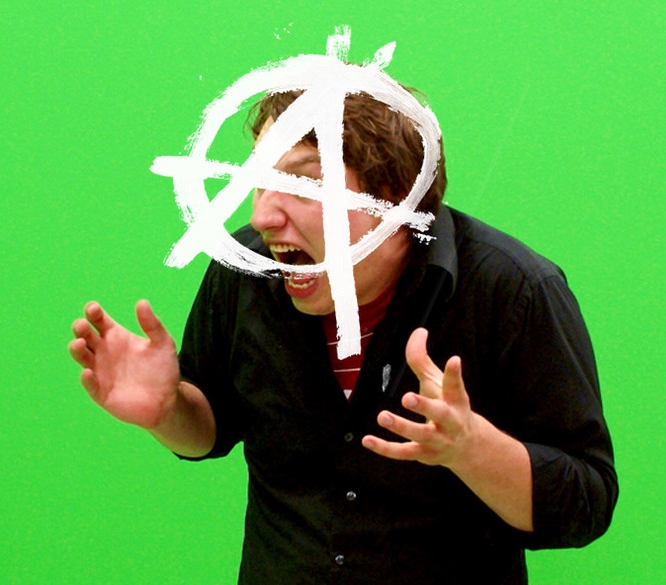 I’ll let you in on a little secret : we’ve all done it. Well, most of us. Anyone who has spent any time working the front lines of the Hollywood visual effects industry probably has several midnight-dark secrets they could spill, or if not, has heard a mother lode of first-hand confessionals while loitering at various water-coolers.

I’m talking about that thing every artist does but nobody wants to risk their career talking about : the dangerous art of sneaking photos of schlongs or faeces (or Sesame Street characters, or a tasteful shot of your smiling nephew or your initials or Keyboard Cat) into the frames of major Hollywood feature films.

You’ve probably heard of some of the popular cinematic vandal-lore of yesteryear. Plenty of myths have birthed in the world of traditional animation for instance — things like Jessica Rabbit’s famous ‘crotch frame’, or the clouds of a certain Disney movie spelling the word ‘sex’. Not to diminish the anarchic efforts of my subversive brothers and sisters of days gone by, but the current fleet of popular examples are all getting mighty stale by today’s standards. Hell, most of anything written on the topic online is so old the pieces they describe were made with a paintbrush (as in bristles and ink, not the type you get when you hit ‘B’ in Photoshop).

Fantastic as their pioneering work was, we’ve most certainly moved on. The art of sporadically hiding man-junk on celluloid has matured into an entire industry of the subliminal. Not only have the genital insertions gone digital, sprouting up in as vast numbers as the general increase in visual effects shot-counts in modern cinema, but those very same genitals are now often flying out of the screen at you in 3D.

Oh, and you’ve definitely seen them. You just don’t know it.

Before you get too excited that I’m about to unleash a whole fresh swath of urban legends upon the world with a juicy, blow-by-blow, tell-all list, I should take a moment acknowledge the speed at which someone in a studio legal department is about to go and google my film credits list, sharpen their knives, pull out their trusty plastic calculator, and begin calculating all the possible damages I may (or may not) have inflicted upon their clients’ intellectual property. We artists are contracted to the teeth, and you’ll not get that list out of me today, not with anything short of at least two (perhaps three) beers (less if you’re paying).

What I can give you is this, in all its ambiguous glory:

I may (or may not) have, at some point during my career in visual effects, personally hidden within the frames of many feature films you will have seen, without the knowledge or consent of my supervisors (clients, directors, studios), the following items :

This is just a small sample. While it may seem a hefty list to the uninitiated, let it be known that I am by no means an extremist, a malicious rogue, alone in my sordid addiction. Perhaps I sit on the pointier side of the bell-curve, but I’m not all that far from the middle. Just ask anyone. On some films there have been unofficial competitions between a larger group of artists, seeing how many times people could get away with inserting exactly the same image/character into different shots or scenes from the same film. On other stricter productions, would-be vandals regularly shroud their attempts in secrecy, working alone, only daring a confession during crew-only drinks after the film’s première.

What I mean to say is that these aren’t isolated incidents, random blights on occasional blockbusters; we are prolific.

Sometimes acting on an opportunity has been nothing more than a gentle letting-off of steam in what can regularly be a high-pressure, long-hours job. Some projects have started well, but suffered a catastrophic drop in morale for whatever reason, and the lowly artist-soldier-types were left to quietly vent the most appropriate way we collectively could.

Other times, for me at least, it has been to test the limits of the art of vfx vandalism itself. Like, if I could hide a photo of my friend ‘taking a dump’ in the middle of a super-bright explosion in such a way that you’re only going to see him if you turn the brightness of your screen all the way down to ten percent of maximum in order to see it, why wouldn’t I just go ahead and do it? Going one step further, if I got away with it that first time, why wouldn’t I do it again in the shot that directly follows it in the film, for continuity’s sake? Then, the shot after that — the aftermath of the explosion — would it not make sense to slip in the broken remains of a toilet, and a large smear of brown at the blast’s epicentre? Possessing that level of attention to detail is what they’re paying us for, after all. It’s a deep, dark rabbit hole that goes deep once you start down it, especially if you have a long render time to kill, and a desire to better yourself and your art.

There are other times when these unorthodox blemishes arrive on the silver screen out of pure necessity. Certain visual elements may not have been captured as part of an ‘library shoot’ (where the visual effects supervisor films all the extra bits and pieces we might need to complete our work — the additive squirts of blood, a few seconds of crumbling concrete dust, filming a room full of roof-mounted sprinklers for us to add into a shot as rain) and we may be forced to “just fix it” with whatever we can lay our hands on. I’vecertainly heard some stories on that count. One of the best of recent years was the tale of an Oscar-winning actor who’d been given some ugly facial hair as part of his on-set makeup, something which didn’t end up holding up well enough during close-ups. Nobody had ever factored in the fix as part of the visual effects bid, so when there was no time/budget for any CG hair fix (or no other elements shot), the artist came up with the ingenious solution of snapping a photo of their own scrotum hair, “patching up” the similarly-textured side-burn without further ado.

Hey, whatever works — and it did. You saw that close-up too, remember.

Often our best work is simply the by-product of garden-variety nerd-rage. When you’ve been sitting there all week painting out camel-toe until two in the morning to meet some overly-reactive client-side producer (who’s decided that’s the only way the film is going to hit its PG-13 rating), sometimes it feels like highly appropriate payback to slip a still pic of an erect phallus into the shot. You know they’ll be too busy looking at the character’s freshly-Barbied pubis to notice the feisty little pecker lurking within the shadows of her handbag. You just know it, and they never let you down. The hyper-sensitivity used when predicting conservative outrage during post regularly wastes so much of our time (and other peoples’ money) that it can be a truly satisfying piece of comeuppance to bounce that straight back, the offend-o-meter turned up to eleven.

But alas — I feel ours could be a dying art. It would be folly to suggest that the fine art of dick-and-poo hide-and-seek will ever truly leave the visual effects industry, not while any individual artist still has strength to wield a Wacom and suffer from poor impulse control. However, given how drilled-down our daily tasks have become in recent years, it it clear that it’s getting a lot harder to sneak a meaty, veined, one-eyed trouser-snake past the gatekeepers.

It used to be that an individual compositing artist may take a shot through from start to finish, performing most of what needed to happen (within their skill-set) without many pairs of eyes beyond the powers-that-be to catch them out. If you were particularly lucky, you could even get to the raw footage and sneak your poo in there, baked into the scan, even before ‘version one’ or your actual work. Now, shots get passed around more. Tasks have been broken down into much smaller pieces for efficiency — less-senior folks end up doing the less-senior tasks, the tricky stuff gets left to the veterans, and a lot more people encounter a particular script. The more critical eyes your subversive art is exposed to, the more chance someone’s going to try and talk you out of the joke, or worse: turn snitch. (There are still some glaring holes in the system, but to give you some idea of the increased difficulty level, I didn’t get anything at all filthy — neither scat nor scrotal — into the last couple of films I worked on — and not for lack of trying.)

Eventually, I’ll be gone from the film industry entirely, but in such a transient age where bits and bytes come and go, it’s nice to know I’ll have left a legacy, a handful of tiny stains on a few elements of popular-culture which are likely to be preserved and viewed long after my somewhat-depraved soul has departed this earth. Getting your name in the credits is one thing, but none of that glory adds up to the pride I’ll always feel at being able to pull a dusty old download off iTunes’ digital shelf, pause on a particular frame of a memorable blockbuster from my youth, and point out to the youngest members of the family: “See? It’s definitely a poo. Notice how it glistens? No leaves or branches growing off that branch, buddy.”

It’s just too bad you blinked and missed it.